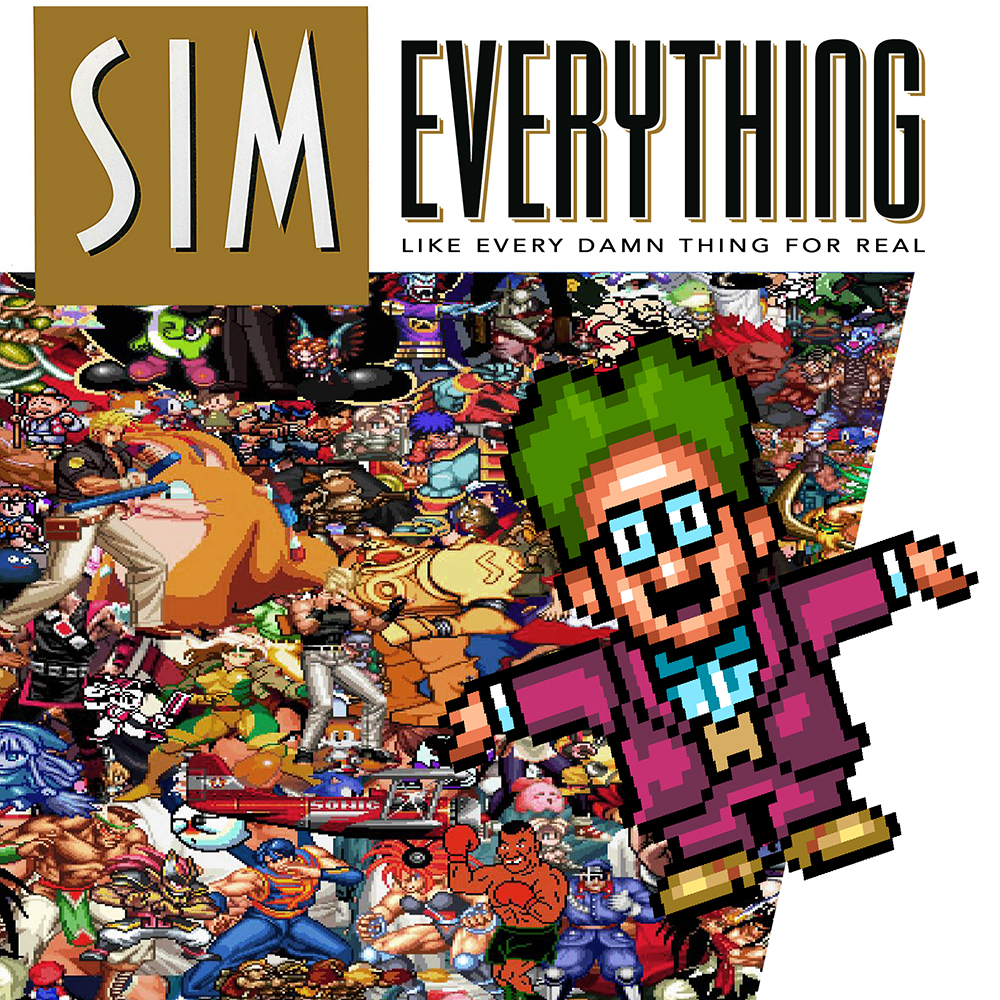 The most complete collection of music and commercials from the entire retro Maxis Sim games catalogue.

SimCity took the world by storm when it launched in 1989, introducing many folks to the simulation genre and sparking inspiration for tons of official followups, spinoffs, and game companies wanting to make their own "Sim" titles. The early '90s were flooded with them, and simulation games continue to be very prevalent in our culture.
The official titles themselves ranged from cities to theme parks to various creatures to entire planets themselves... There was a ton of variation so that you could try your hand at maintaining life and balance in so many situations.
The soundtracks mirror this as far as variation is concerned - Every game has a unique sound to begin with, and often there were so many system ports of the same title done by different composers that various versions of the same game had completely different sounding music. Also, after the popularity of the Grand Theft Auto series, comedy commercials were included for in-game radios.
This collection includes all of the music from all of the retro Maxis Sim games, including rare ones like SimCity Jr., SimHealth, and the unreleased SimCity for the Nintendo Entertainment System. It is nearly 25 hours long, taking more than an entire day of listening to hear it all. Damn!

Hey, uh... did you even try to download this or read the track list? Because every track in SimCity 3000 / Unlimited is here. If I'm missing anything after you check this out, please let me know.

Uploaded by RetroGameChampion on August 23, 2019